“Weird Al” Yankovic’s songs will get the artistic adaptation they’ve always deserved in a new book, The Illustrated Al, set to arrive in late November via Z2 Comics.

The book will feature an array of celebrated artists and cartoonists visually interpreting more than 20 of Yankovic’s classic parody tracks. The book’s cover art was handled by Drew Friedman, while the foreword was penned by stand-up comic Emo Philips.

“It’s such an incredible honor to see my song lyrics brought to life by some of my all-time favorite cartoonists and illustrators,” Yankovic said in a statement. “I’ve actually been playing the long game — the only reason I spent four decades in the music business is so that one day I could have my very own graphic novel.”

A career-spanning visual feast of over 20 classic “Weird Al” Yankovic songs interpreted by some of our top illustrators and cartoonists. Pre-order your Standard or Deluxe Editions now at https://t.co/04NDvlVBaq #IllustratedAl #Z2Comics pic.twitter.com/Bd4Rf0YZVN

The Illustrated Al is available to pre-order, and a special deluxe edition, and a signed super deluxe edition are also available. The deluxe package comes with a set of “Weird Al”-inspired prints by Jesse Phillips, a vinyl slipmat with art by Friedman, and a pack of trading cards with art by Danny Hellman. The super deluxe pack comes with all of that, plus some “Weird Al” coasters (art by Friedman and Mike and Laura Allred), and the pièce de résistance, a “Weird Al” branded accordion. 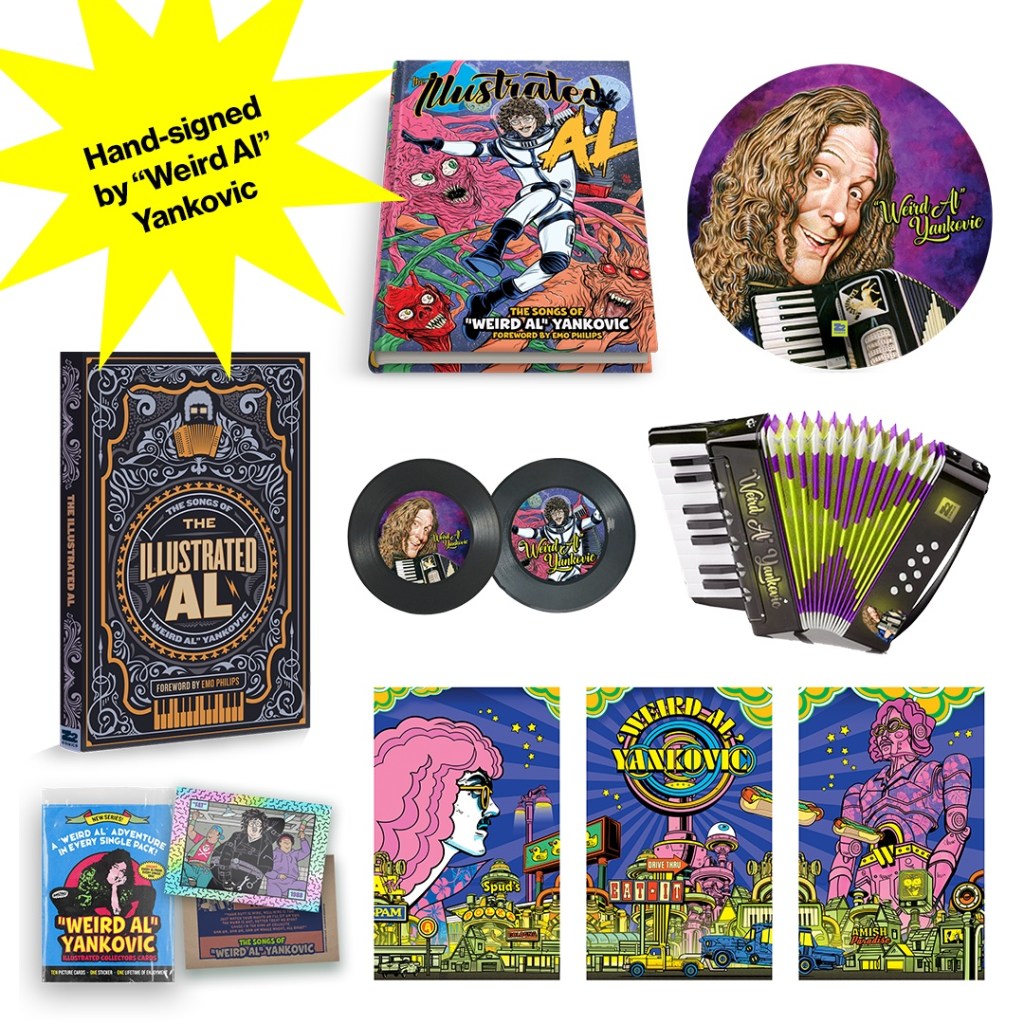 The Illustrated Al is one of several projects on Yankovic’s plate at the moment. Chief among them, he’s in the midst of a massive 133-date North American tour, which will continue all the way through Oct. 29 when he plays Carnegie Hall in New York City. Yankovic also helped write his own upcoming biopic, Weird, which stars Daniel Radcliffe in the main role. The film is set to arrive on the Roku Channel this fall.

‘The Day Before’ developer defends use of unpaid “volunteers”

Could a ‘youthquake’ cause Boris Johnson to lose the general election?

‘The Day Before’ developer defends use of unpaid “volunteers”

‘Overwatch 2’ defends the “support a streamer” promotion after concerns

Steam Deck Might Finally Be Getting Easier To Buy | GameSpot News